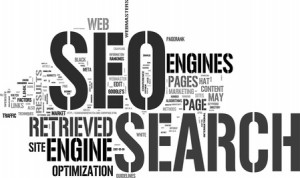 In its infancy, SEO was primarily something for specialists and experts. Social Media was only for kids. Between the two there was essentially no interaction; and nobody cared.

Today, any business looking for even minimal success on the Internet needs to invest at least some time and effort into BOTH SEO and Social. There is still an argument about how much of either you may need, but it’s absolutely NOT a question of one vs. the other. No matter what your business model, B2B or B2C, it’s in your best business interest to understand both fields as two sides of the same coin.  Here are the four important reasons why:

1) SEO is not just a technical process.

In the beginning, SEO meant a couple of nerdy guys talking to your web-master. A writer probably came a little later, and usually that was a technical writer. Today’s marketing and content development writers are night and day from technical writers, often writing pure creative output in an effort to delight customers as much as to close a sale or drive traffic.

Importantly, Google is at least as interested in how you share the pages of your website or blog as they are in knowing what’s on them.  So “delight” can really work. SEO is still generally the catchall term for the technical (mostly on-site) work – URLs, titles and descriptions, H1s, Sitemaps – and those things still matter. What used to be called “off-site SEO” has grown to include not only Local SEO, but all things Social, too.

In fact, all the Social activity of today has displaced the older process of pinging and waiting for the search spiders to index your site. Does that sound too technical? Unless you’re a pretty big player, you probably won’t benefit much from getting indexed a lot faster, but there is something to be learned from the fact that search engines, including Google, will follow Twitter and will more quickly index articles with a lot of mention (re-Tweets). For some really big sites, that can mean faster indexing and faster traffic – but for most of us, it’s mostly a cue that even Google uses Social to know where to go on the Internet. That is a huge difference from the more random, “index-everything” approach of the past.

3) Not Your Grandfather’s Link Building

Like SEO, the process of encouraging links back to your site has changed a lot, too. It’s also still important. But nearly all of the old tricks and cheap ways of doing it are gone, and instead, just like above, Google looks at the importance that your Social connections give to the content you share. So sharing content is part of SEO and Social.

4) Google+ is Still Shaking Out

Your presence on Google+ is important. Not because it’s a successful Social network (it’s not) but because Google simply favors the network. There’s not room here to explain the future and the impact of Google+ but it is worth putting some effort there – in addition to Facebook (B2C) or LinkedIn (B2B). Beyond your business profile, your brand’s Google+ page is the closest you can get to being a person – or better – an identity – in the eyes of Google. Their search engine not only respects the content you post there, more, but the search engine is still pretty generous in rewarding you for that effort, too.

No matter what your business model, your SEO efforts will need to combine with Social Media efforts.